Historically, ChristCentral has been led by Jeremy and a Core Team. Over time, this Core Team grew both in number of people and responsibility, to the point where it had started to become overwhelmed with the amount of information and detail required to function effectively.

Following a season of prayer and a number of prophetic words, we have felt led to devolve much of the responsibility for different areas of ChristCentral life to different teams. These teams will include, for example, teams taking responsibility for church planting, evangelism, training, governance, care for existing churches and so on.

Our heart is that these new teams will be as diverse as possible with men and women of different nationalities, backgrounds, ages and experiences serving together.

My name is Michael Akotia, I am married to Mabel Akotia who is a teacher and we have three children. We have lived in Ho for the past twenty years. I lead the eldership team at City of Grace church in Ho, which is in the Volta Region of Ghana in West Africa. I am the Apostolic base leader for ChristCentral churches in West Africa and oversee churches across Ghana and Benin. We currently have 11 churches in Ghana and 10 churches in the Republic of Benin. I also facilitate the ChristCentral School of Leadership base in Ghana. It is my privilege to preach the gospel weekly on our local state radio, which serves the whole of the Volta region and beyond. It is my vision to plant churches that are full of grace, that are passionate about the word of God and full of the presence of the Holy Spirit. Our desire is that these missional churches will carry the mercy heart of God to the world. 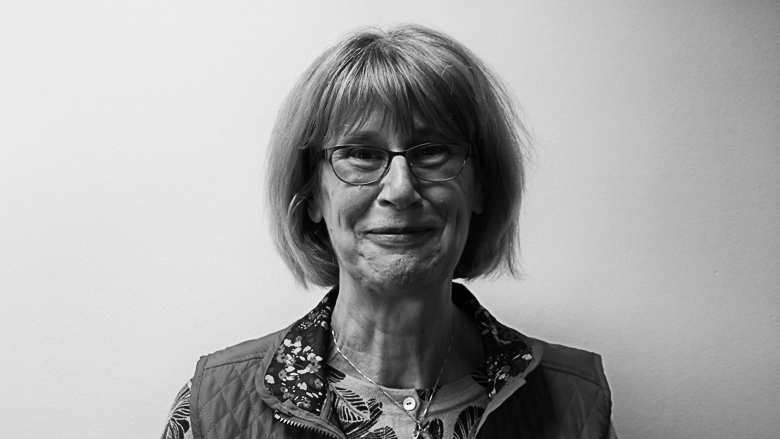 Born and brought up in Sheffield, Ginny and her husband Stuart have been part of City Church Sheffield and it's Baptist predecessor for over forty years. Ginny is currently on the staff of City Church serving both pastorally and prophetically as well as travelling in the UK and Canada to help teach and train in these areas. Ginny has held a long standing expectation to see revival in the UK and is passionate to see local churches thrive and grow as they experience the work of the Holy Spirit in their midst. Stuart is now retired so spends much more time travelling with Ginny, and helping to entertain their four lively grandchildren. Ginny recently published a new book "Overpowering Nemo - Encountering Deliverance and Walking in Freedom" you can read more here. 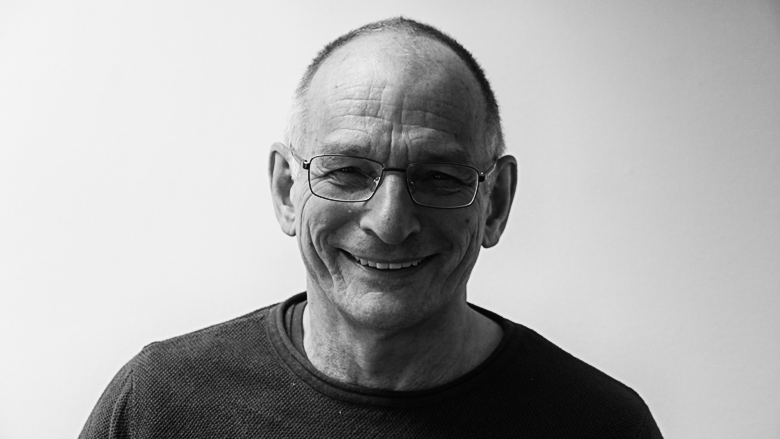 Roger leads the team at Kings Church Cockermouth and serves other churches both in the UK and internationally, especially in the Americas. Roger and his wife Cheryl live in Brigham, Cumbria, UK and have three adult children. They are kept young by their grandchildren and their dog Finn. To relax they enjoy their garden, reading a good book and a glass of wine.

Joe leads the team at Christ Central Church in Fredericton, New Brunswick, Canada. He is involved in church planting and serving churches primarily in Atlantic Canada. Joe also helps facilitate connections with other Newfrontiers leaders and churches across Canada. He has worked with Jeremy Simpkins and team for many years, and the Fredericton church has been involved in other Christ Central churches across the nations.

Joe is married to Angela, and they have four children with ages ranging from pre-teen to university. Angela works for the Federal Government, leads worship, and together they open their home to the church and neighbourhood.

Joe has a heart for Word and Spirit churches to be established and for the church to bring the kingdom of God into all aspects of society. Joe serves in the community via involvement in his children’s sports teams and schools. And he still plays ice hockey! 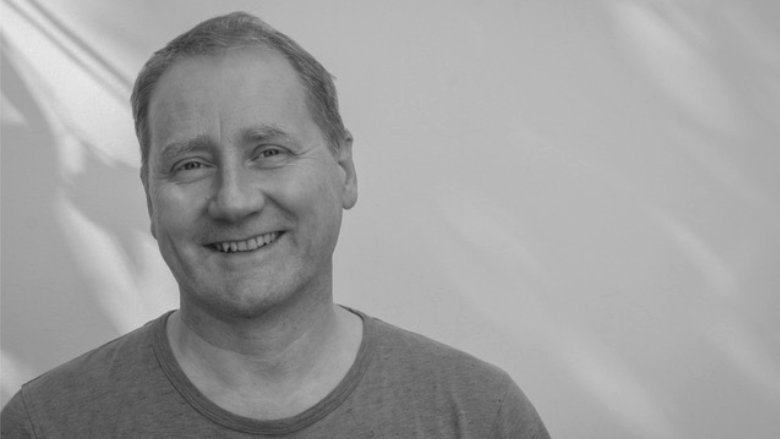 Tim is married to Becky and leads the team at 'Family of Grace’ - a church in Muscat, Oman in the Middle East. Tim and Becky have 3 sons and 3 grand children back in the UK. Family of Grace is a church of many nations and languages that is looking to demonstrate the unity that the gospel of Jesus brings; a unity that they are believing will have an impact locally and beyond.

Chris has worked full-time for Gateway Church Leeds since 2008 and more recently began leading the team there. He is passionate about leading their community into wider kingdom influence both locally, nationally and internationally. He and his wife Jo have two children and are passionate about intimacy with Jesus, eating out and enjoy family adventures!

Pepe is a pastor and psychologist, he is married to Veronica Hurtado and they have two children, Itzel and Andres, who have recently finished university. Pepe and Vero have worked for over 25 years, planting churches and forming teams which serve in central Mexico. Together they travel serving leaders and hosting conferences and workshops for couples and parents.

Vero is a graphic designer, loves swimming and enjoys painting, discipling others, as well as creating prophetic art.

Pepe's activities depend upon the time of year but he organises conferences, provides therapy and coaching for individuals and couples. Pepe enjoys reading, running and participating in marathons.

Currently Pepe also leads the ChristCentral apostolic team for Mexico and Latin America and together with three other leaders (Nico, Ches and Eliseo) serve a group of 15 churches and pastors in Mexico and Bolivia. The team are also focussed on developing initiatives for church planting and leadership training.

Joseph Mwila is the founder of Dayspring Church and leads a ChristCentral apostolic team based in Zambia and gives apostolic oversight to over 40 ChristCentral churches in Zambia and neighbouring African countries. Alongside planting 13 churches, their community outreach programme, Streetlife Project, runs two orphanages, serves over 1,500 meals to children in poor communities and sponsors over 150 orphans back to schools and colleges. Based in Zambia, Joseph works internationally and is a regular speaker on both National Television and at international conferences. Joseph has pioneered the Zambian School of Leadership, the Zambia 2050 Young Entrepreneurs Business Initiative and founded the University of Kitwe. Joseph is married to Lillian and they have four lovely children. 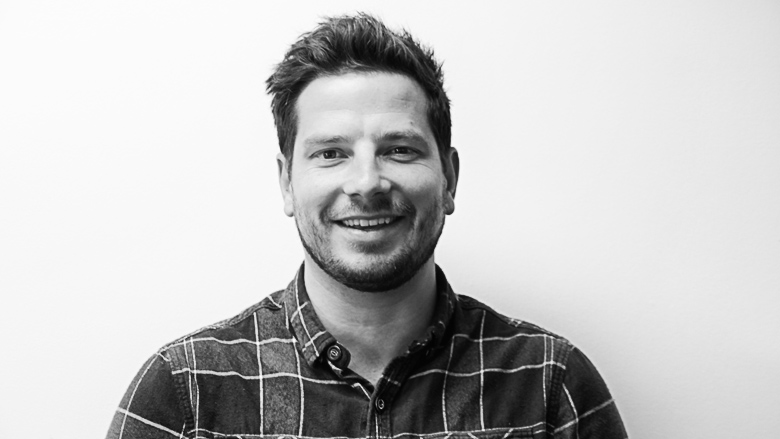 John moved to North Vancouver with his wife Kate and their family in 2020 to prepare to plant Tidal Church. The church aims to start dozens of local communities across the North Shore, that help people encounter God and grow in His love for where they live. John & Kate are passionate about partnership and are planting Tidal Church with the support of Trinity Central, Vancouver and Hope Church, Harrogate.

Prior to moving to Vancouver, John and Kate planted Hope Church Harrogate from Gateway Church Leeds in 2010, with a passion to see churches impacting their communities, the nation and the nations. They have three young children and Kate works as a GP.

Graham is married to Sarah and they have 4 school age children. Graham leads the team at Jubilee Church in Derby (UK). He works primarily with churches across the Midlands in the UK and Cambodia in South East Asia. Graham & Sarah are approved foster carers for their local authority and as well as looking after children, work with them to help encourage foster care recruitment in the city. Graham is also a Director of ChristCentral Churches (the charitable body that provides a legal, financial and governance framework to ChristCentral) and a school Governor. Sarah trained and worked as a Learning Disability nurse and now leads Smile, Jubilee’s respite facility for children with additional needs. On a day-off they enjoy country walks and pub lunches together!

Andy leads the Senior leadership team of Lifespring Church in Horsham and is part of the apostolic team that serves the ChristCentral family of churches within Newfrontiers.

Andy is married to Hazel and they have two sons who are married giving them the daughters they have missed for so long! They also became grandparents in 2020 for the first time which they really love even though they protest that they are not old enough for that particular title.

Hazel works in a local GP Surgery as a clinical pharmacist 3 days a week which she loves.

Andy left a successful career as sales director of a large multinational technology company when he was employed by the church in January 2006. To relax Andy loves to cook, go walking or cycling with Hazel. His greatest pleasure is found riding his BMW 1200 Motorbike to far-flung places across Europe and usually Hazel can be found there, right behind him, quite literally, riding pillion on their holidays.

Andy and Hazel are regularly found on stage or in front of the camera sharing from the Bible as both are gifted communicators. They are both passionate about raising the next generation of leaders and pastors and together mentor, disciple and help many emerging leaders in Lifespring and beyond.

Ann has always been involved in leading alongside Jeremy. She has a particular gift of encouragement to see God's people released into their unique calling, helping people to see that they are free to be all that God has made them to be. She has a passion for the prophetic and Spirit filled worship and feels a real burden to encourage people to step out into their gifting and for churches and Christians to be disciple makers. Jeremy & Ann are currently serving a local ChristCentral church in Macclesfield, UK and have been released to travel together to support, encourage and develop the ChristCentral family of churches worldwide.

Jeremy has been involved in leading Newfrontiers churches for over 25 years now. In 2009 Jeremy & Ann moved from the church they had planted in Teesside to lead Christ Central Manchester. In 2011 when Terry Virgo multiplied Newfrontiers from one apostolic team to multiple teams, Jeremy started to lead ChristCentral. In 2014 the team in Manchester appointed a local pastor to lead Christ Central Manchester, releasing Jeremy to lead the ChristCentral team and travel amongst the churches which the team serves. After 7 years in Manchester, Jeremy & Ann then spent 4 years as part of City Church Sheffield. More recently they have felt called to serve more locally and are now part of the ChristCentral church in Macclesfield. Jeremy & Ann often travel internationally together and both love to support, encourage and develop local leadership teams and other ministry areas.